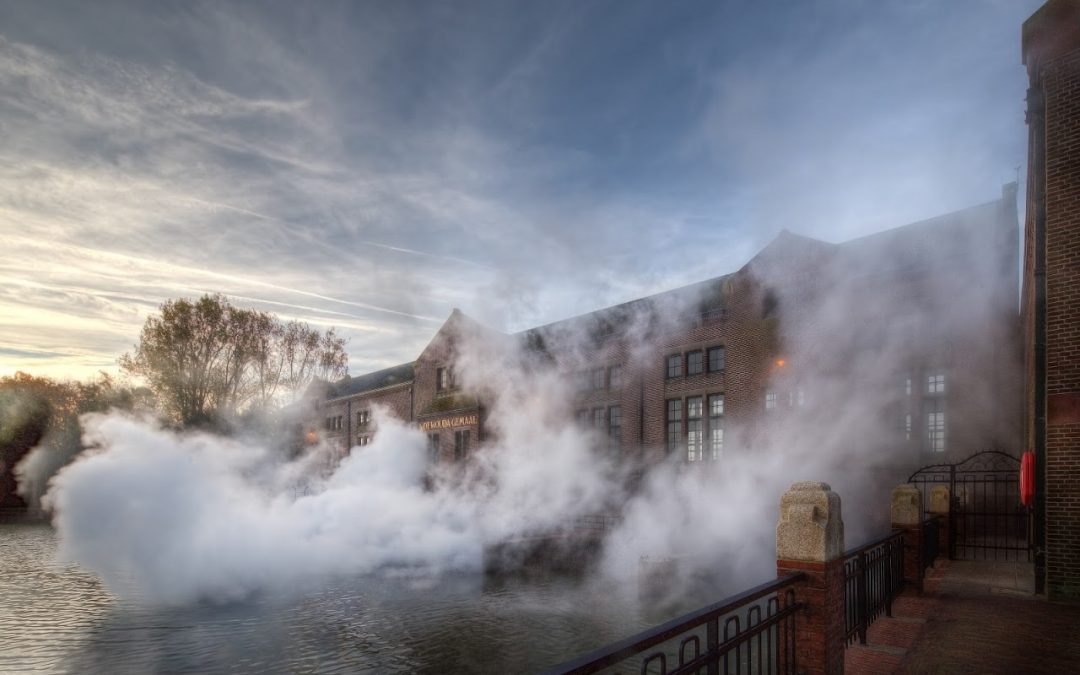 In this blog we try to answer these questions.

What is UNESCO World Heritage

A Unesco World Heritage site is a site listed by UNESCO (the United Nations Educational, Scientific and Cultural Organization) to be of outstanding universal value. The be listed a site must meet at least one out of ten criteria, either natural or cultural.

The UNESCO World Heritage Committee is responsible for preserving “the world’s superb natural and scenic areas and historic sites for the present and the future of the entire world citizenry”.

Heritage is our legacy from the past, what we live with today, and what we pass on to future generations. Our cultural and natural heritage are both irreplaceable sources of life and inspiration.

How many UNESCO World Heritage sites are there?

As of 2020 there are 1121 Unesco World Heritage sites around the world. Of which 869 are Cultural, 213 Natural and 39 a combination of both. The list is revised each year, adding new sites globally and is therefore growing steadily.

Of the total of 1121 UNESCO sites, some are very famous and world wide known, such as Angkor Wat in Cambodja, the Great Barrier Reef in Australia and the Serengeti in Tanzania. Popular places which are definitely worth a visit but which are at the same time popular tourist attractions.

Fortunately the list also includes many not so well known sites which give you the opportunity to discover a country from a different perspective. While discovering these hidden treasures you often dive into the history of a country while you learn more about the country, its people and its culture.

Furthermore, while visiting these sites you support the preservation of the culture and heritage of a country. UNESCO has a special designation for sites at risk of destruction, and has funds to support and protect these sites.

The Netherlands and UNESCO World Heritage

The Kingdom of the Netherlands is home to ten UNESCO sites, of which 9 are located with the country (the 10th site is located on Curacao, a Dutch Caribbean island). There is a variety of Cultural and Natural heritage sites and they tell the story of the Dutch in the field of: water management, civil society and (land) design.

1. The former island of Schokland and surroundings 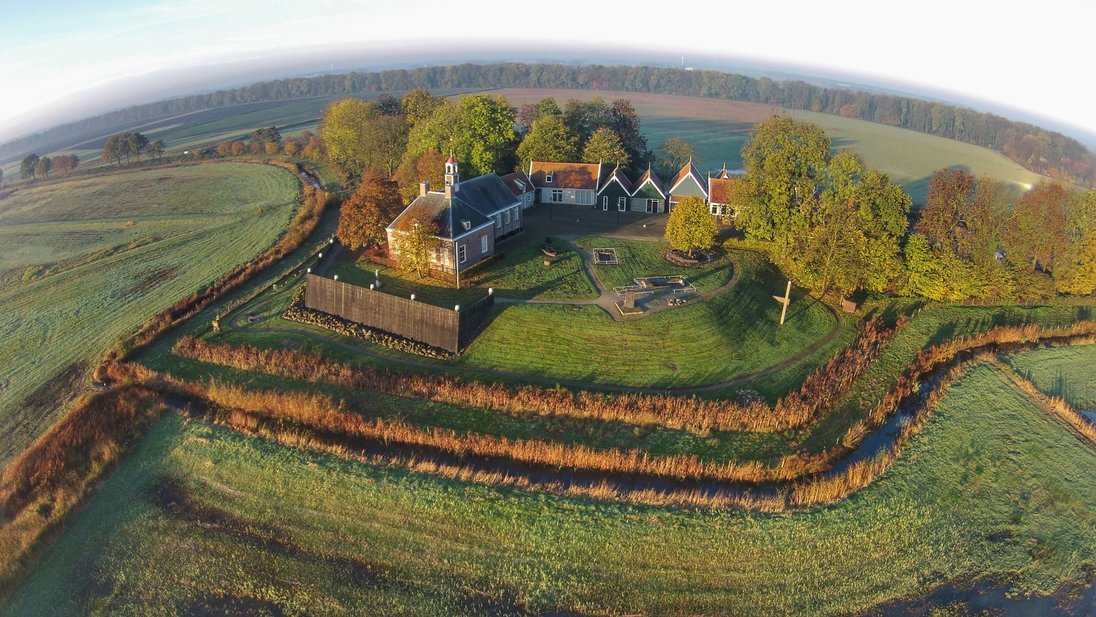 Schokland and surroundings were the first site in the Netherlands to be listed by UNESCO in 1995. Schokland combines culture, history and nature in a unique way. It’s a mystery in the middle of reclaimed land. An archaeological monument full of beautiful mineral resources. A place between land and water, where people lived for centuries. Always contrary to nature. The island is home to one of the oldest human footprints ever found in the world, dating back more than 4000 years!

2. The Defence line of Amsterdam 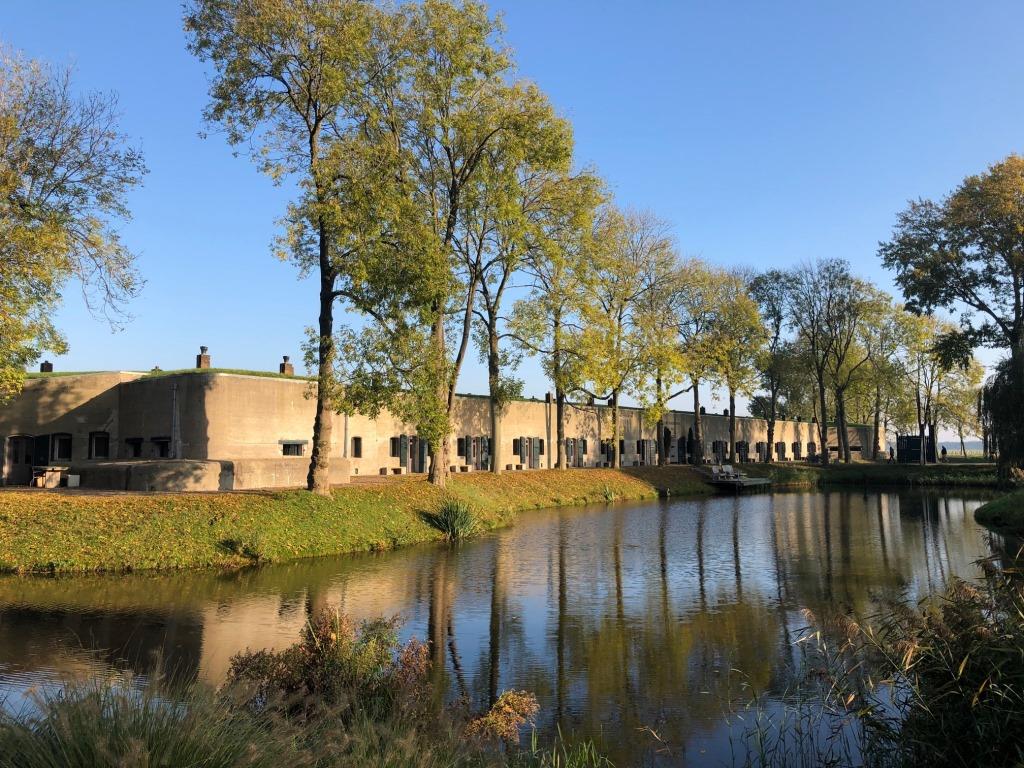 The Defence line of Amsterdam is a 135 km long line of defence around Amsterdam. It consists of 46 forts and a multitude of dikes encircling the Dutch capital. Subscribed on the list since 1996, the Defence Line of Amsterdam was built to protect the capital from any cannon fire. The area around the Defence Line could, in times of danger, be flooded with a sophisticated lock system. It is a unique monument of defensive- and water management technology, but has never been fully operational. Today some of the forts have been renovated to have a second life for commercial use. 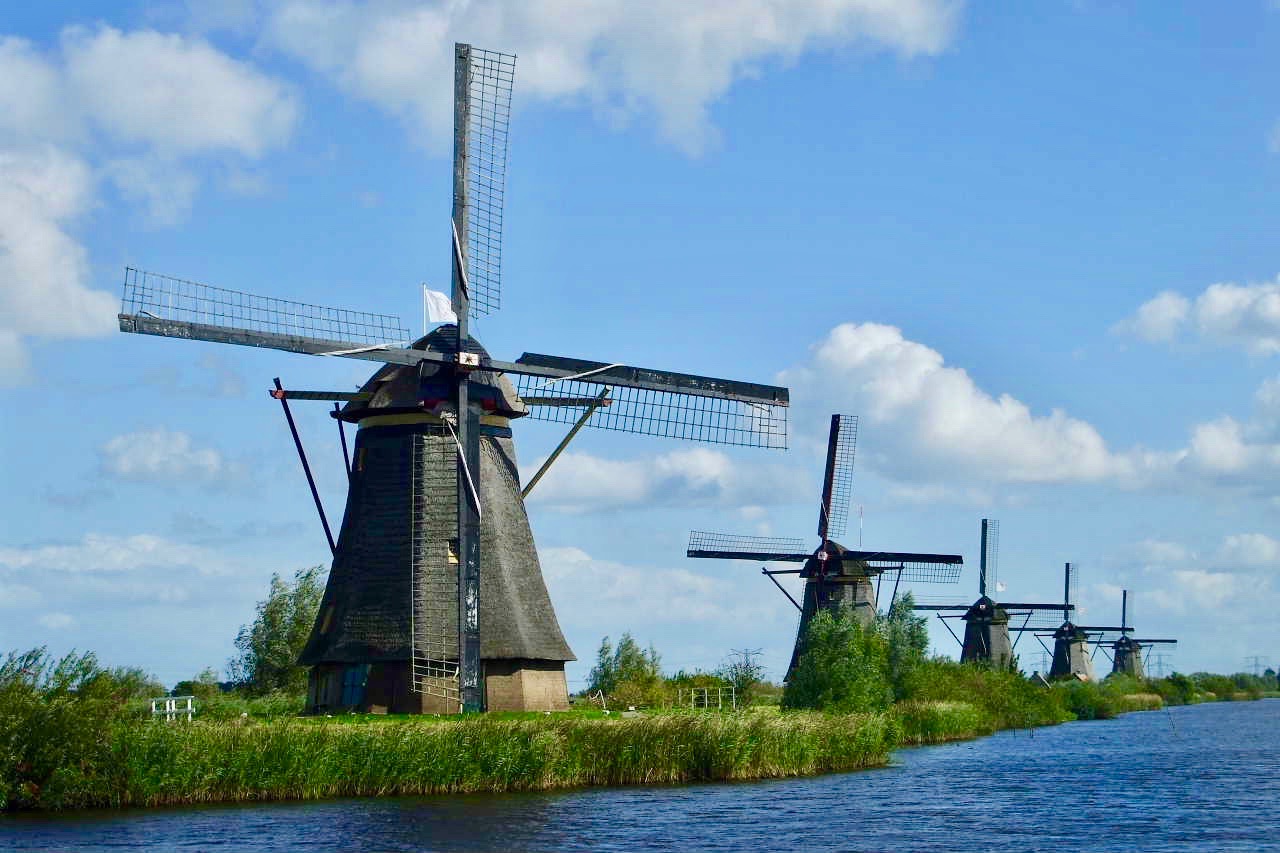 The nineteen windmills of Kinderdike are a well known symbol of the Netherlands. The windmills, of which most of them were built between 1738 and 1740, kept the lowlands of the area, which was plagued by subsidence and floods, dry. Later, the job of the mills was taken over by pumping stations. 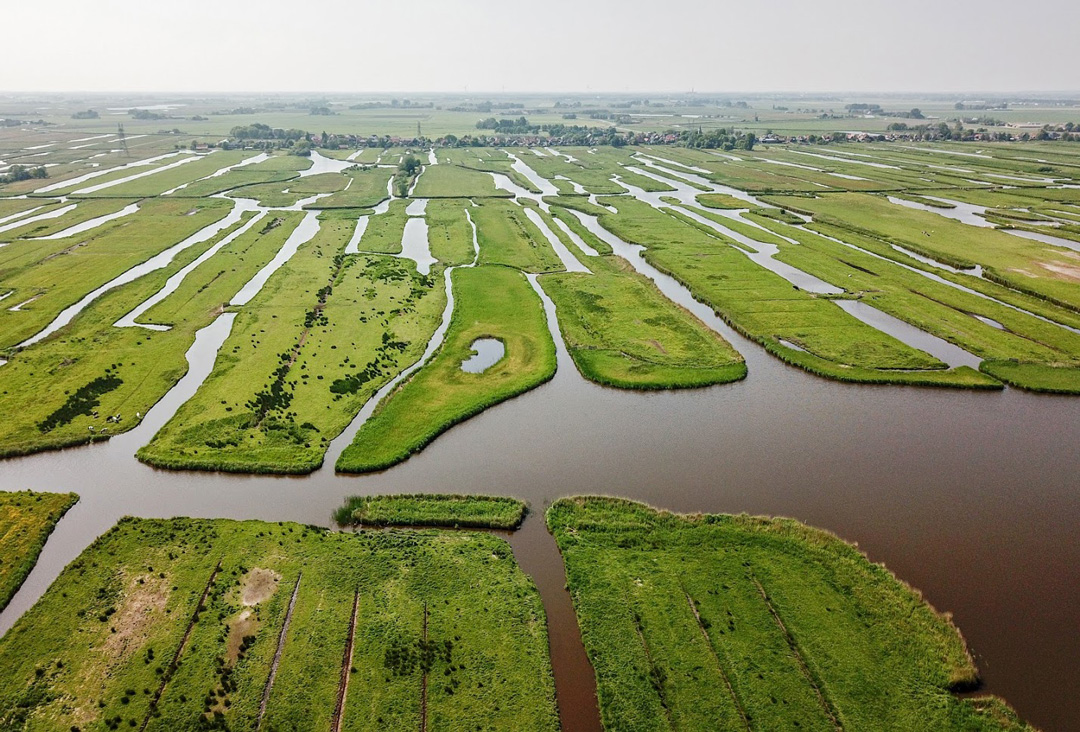 The Beemster Polder dates back to the 17th century. It’s one of the best examples of the Dutch reclaiming land. The reclamation of this area made room for fertile and profitable agricultural land. To do so 43 windmills were used to pump the lake dry. The ring canal, which is still there today, shows the outline of the shallow lake. In 1612 the Beemster was dry and the design of the polder could begin. The Beemster is listed by UNESCO since 1999 as ‘a creative masterpiece created by humansˊ.

The Rietveld Schröder house is an architectural masterpiece designed by the famous architect Gerrit Rietveld. The house, designed in 1924, was his first house and an exuberant experiment. The house is a three-dimensional, asymmetrical composition and is listed by UNESCO since 2000. 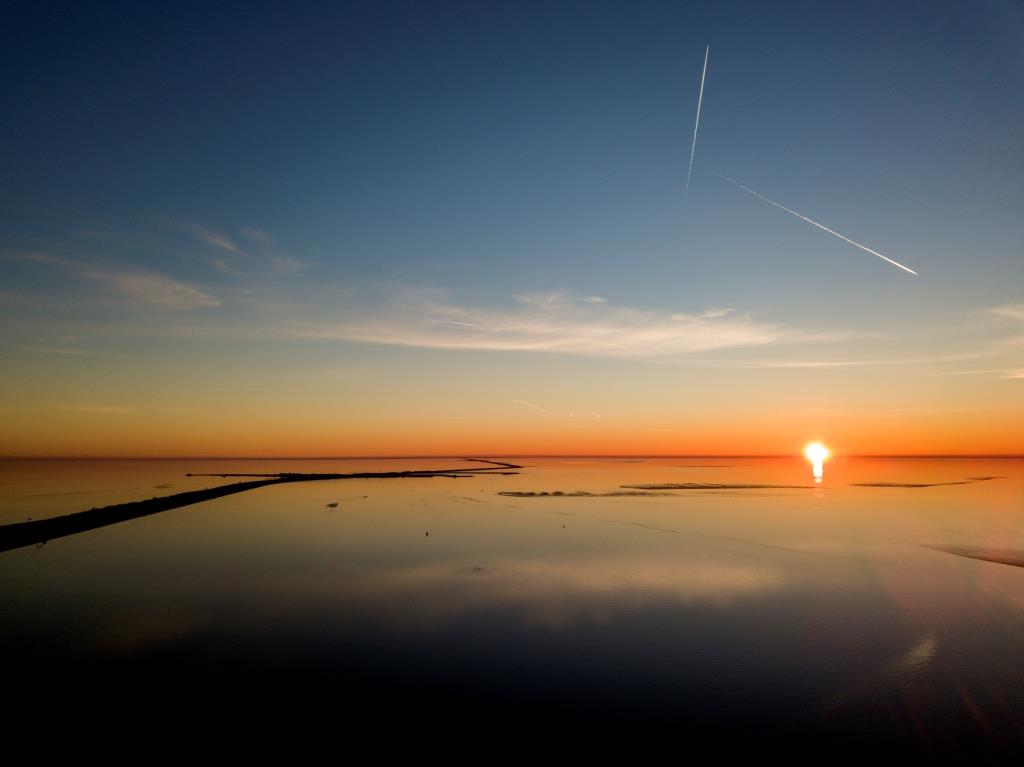 The Wadden Sea is unique! It is recognized for its globally unique geological and ecological values since 2009. The Wadden sea lies on the North Sea coasts and reaches from Denmark to the Netherlands through Germany. With its 1,143,403 ha, it is the largest unbroken system of intertidal sand and mudflats in the world, with natural processes undisturbed throughout most of the area. Also, it is considered to be one of the most important areas for migratory birds in the world where about 10-12 million birds pass through it each year with on up to 6,1 million birds at the same time.

8. The Canal Ring of Amsterdam 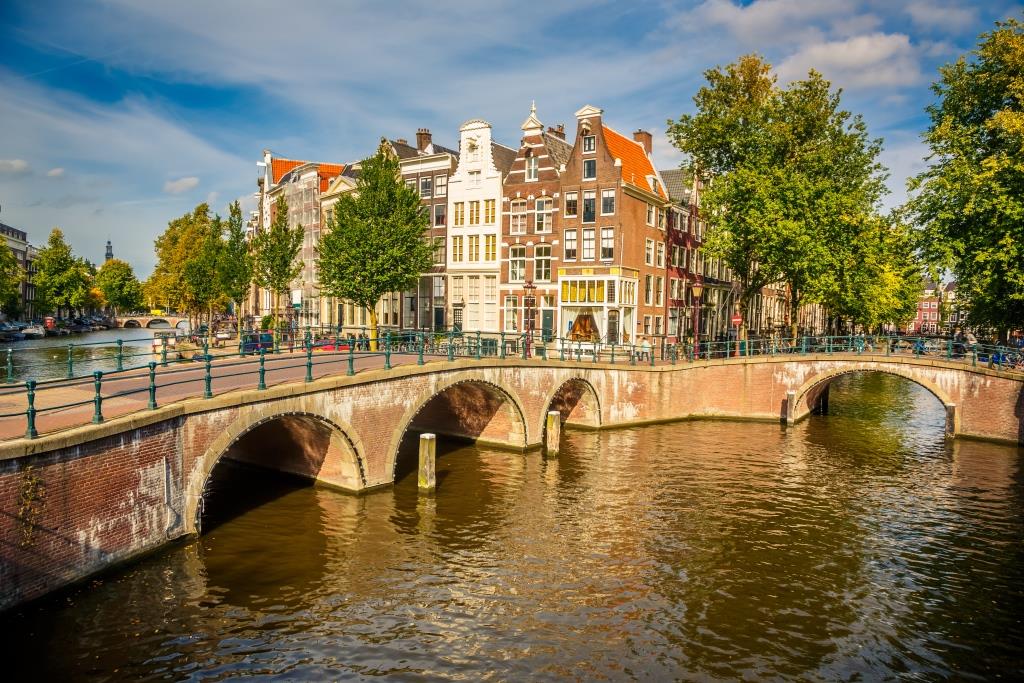 The canal ring of Amsterdam was created in the 17th century, when the city was growing rapidly. With 14 km of canals and 80 bridges it is an urban, hydraulic and architectural masterpiece. Thanks to this amazing construction the capital of The Netherlands was for over 200 years an outstanding example for of artificial ‘port city’ throughout Europe. And even though some minor renovation works have been done, the canal ring and the house facades of today are unchanged. The Canal ring was listed by UNESCO in 2010.

The Van Nellefabriek (factory) was built between 1925 and 1931 as a coffee-, tea- and tabacco factory. It is worldwide one of the most exceptional icons of industrial architecture from the early twentieth century. The complex with its characteristic steel and glass facades and concrete supporting structures is the expression of the ‘ideal factory’, with daylight offering pleasant working conditions in the factory and radiating openness to the outside world.

How to explore the Dutch Unesco sites?

These nine wonderful Unesco World Heritage sites are spread out through the country. Some are very easy to reach, such as the Canal Belt in Amsterdam but unfortunately others are only accessible by car. To give you the opportunity to explore some of the more remotely located UNESCO sites we have a 1 Day 5 UNESCO’s tour, during which guests discover 5 remotely located Unesco sites in the Netherlands and they explore the beautiful Dutch countryside at the same time. Interested in this unique tour, which departs from Amsterdam? Please check it out here.